WELCOME TO THE CRAZIEST RACING BATTLE!
"BUGS vs ALIENS: A Combat Story"

In a far away Earth like planet, a spectacular conflict between insect and humanoid gentleman species has begun, leading to a race for glory. In this awesome game, perfect for the whole family, you will have to fly through the giant jungle and escape your 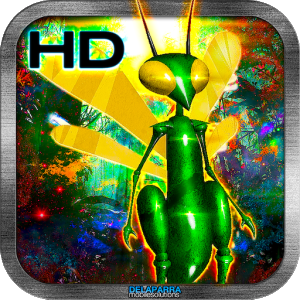 opponents as the game becomes faster and faster... and more fun!!!

Try to get the most coins while fighting, in order to unlock other amazing characters in this super fun and simple game!